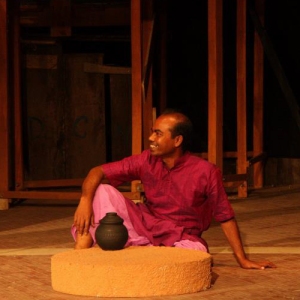 Pankaj Majumdar, founder member of BotTala is a prominent cultural and theatre activist. He is working in theater for 19 years. He took part in awareness building programs organized by different NGOs. He participated and trained in various workshops on theater development, mime, makeup, script writing. He is now an employee of CWFD (Concerned Women for Family Development) as a Trainer GFATM-Package 913.